I always enjoy tuning reports for customers. I guess it’s the same satisfaction that people get from doing crosswords – a problem is presented (poor performance), you just settle down and work through the problem bit by bit. First thing I do is to review the subreports. While a subreport can be an essential part […]

Customer: Aviation Software House Our customer had an important report that was taking over 10 minutes to run for just a month’s worth of data. New requirements mean that the report needed to be run for a year’s worth of data. Obviously a problem! As is so often the case, the main performance problem was […]

I’ve had an interesting month experimenting with Predictive Analytics using a customer’s anonymised recruitment data. First, I used SAP Predictivie Analytics. It’s a great product, but I found that I felt ‘too distant’ from the analytics process. While the end result is explained in statistical terms, I wanted more control over how the result was […]

Since my original post about the licensing updates, there has been further clarification from SAP. There are now two separate ways of licencing Crystal Server. The ‘old’ way of just buying some licences and paying an annual maintenance fee to a reseller, or the new way of signing a maintenance agreement with SAP as part […]

Crystal Server 2016 evaluations are now available to download here. Please fill out the form below to receive the evaluation licence keys. Please provide a little information about your company and plans for Crystal Server. We’ll be here to help you during your evaluation.

You’ve probably come to this page from a search engine. Crystal Dashboard is sadly no longer available. 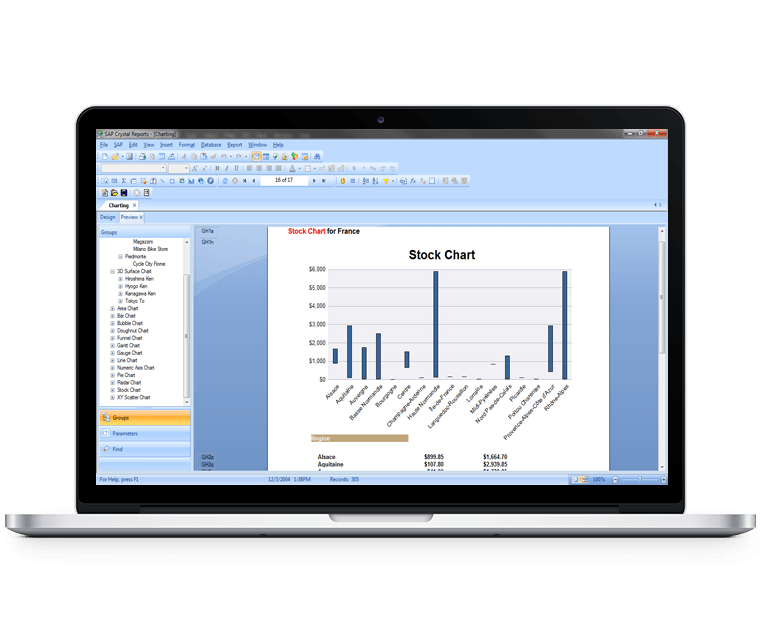 Crystal Reports 2016 evaluations can be downloaded here. To receive a licence key, please fill in the form below. We’d just like to know a little more about your requirements. For details of what’s new, see this earlier post: SAP BI4.2/Crystal Server 2016 – What’s New

This all happened 6 weeks ago, but with holidays and work commitments, it’s taken until now for me to write. I’d hoped SAP would produce a nice simple guide that I could just link to, but that would be too easy. The only other mention I’ve seen is a rather fanciful interpretation by another reseller […]

Customer: Care provider Our customer switched to Capsule CRM to handle their recruitment process. Capsule provides a really efficient way to create and monitor the recruitment workflow from first contact through interviews to training. Problem is, the database is ‘up there’ in the cloud. Typically of many cloud platforms, the focus is on data in. […]

Scroll to top
We use cookies to ensure that we give you the best experience on our website. If you continue to use this site we will assume that you are happy with it.OkPrivacy policy